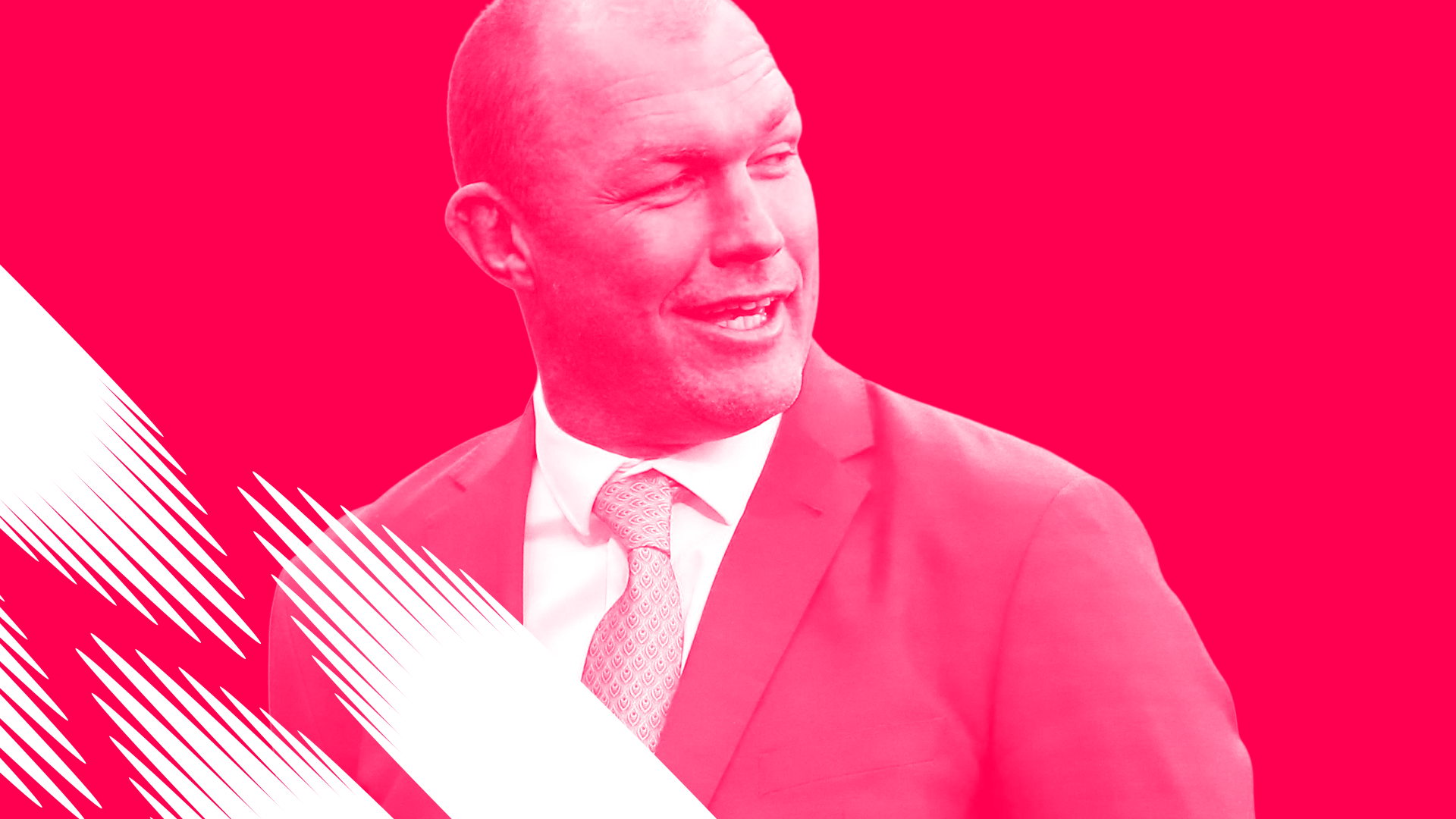 “Is there room for a 38-year-old making a comeback?” he quipped at the launch of World 12s earlier this week.

It was a typically wry comment from the former World Player of the Year, but it captured the mood of the day, with confirmation that a new event would signal fresh money and energy flowing into the game.

As an official ambassador for World 12s, Burger likens the new event to the Indian Premier League, which revolutionised cricket and brought with it dynamism and new-fangled techniques and attitudes.

“We keep on referring to other codes and cricket, for example, with IPL and what it’s done for the sport and the excitement around it. Cricket reinvented itself. When we started playing rugby, rugby was way more exciting. Then cricket broadened its horizons to a new audience without losing the traditionalists,” said Burger.

“This concept is much the same and while there are going to be a few challenges rugby is ripe for trying to change into something exciting and new. The players are all sitting back thinking, ‘how nice would this be?’ You can play, as I once did with the Barbarians, where the loose trio was Richie McCaw at openside, with me stuck at eight and Jerry  Collins the other side. The very next year I played with George Smith and Rocky Elsom, which was awesome.

“Those experiences, and what you learn from those guys by spending a week with them, not only getting to know them as individuals, but playing with them and the little nuances you pick up, make all the difference. This is what World 12swill offer. How exciting would it be to have, say, Maro Itoje partner Eben Etzebeth?”

Burger makes the point that the game can be tweaked, as with 12s, without betraying the traditional audience. It may even appeal to a new audience.

World 12s, like IPL, deserves a chance, according to the celebrated Springbok.

Byway of example, he says that his father, Schalk senior, was initially dismissive of IPL. He was a traditionalist. In time, however, he recognised the virtues of the T20 format. He now watches more IPL than Schalk junior, who was an elite-level schoolboy cricketer before embracing rugby.

Said Burger: “Twelves is a work in progress. What’s important is that it’s got to collaborate with World Rugby. You do something different, like 12s, because modern-day defences are brilliant. We’ll be playing a shortened format - you want to do 15 minutes per side. But for that to be exciting, it’s got to be high intensity. We’re pushing for more ball in play. We don’t want 120-minute matches like the one British and Irish Lions Test match with 34 minutes ball-in-play time. We want ball in play and one of those measures is by having less people on the field. There is going to be more space, allowing for more attacking but also for kicks in behind.

“With six forwards and six backs, we’re going to be progressive in our thinking. We’re going to have certain law interpretations that can be trialled, again if we collaborate with the referees and World Rugby. Saying that, it's still going to be rugby as we know it.”
He disagrees with the contention that Sevens already bridges the gap between 15s and a faster, more open version of the game.

“Sevens is a great game, but it caters for specific athletes. Everyone is super athletic, Sevens is great at promoting rugby, and it’s easy for smaller countries to compete because there’s a limited skill set.

“But having 12 players having scrums, breakdowns, lineouts, mauls, it’s still going to be rugby. You look at IPL again. It’s been a longtime since the launch, everyone’s been to a bit of T20 and recognises the skillset that the players show within that format. The 12s game will be a similar opportunity to showcase all the players. Hopefully this format will be a platform where we can see the full range of skill sets that modern-day players possess whether it’s physical or just through sheer skills, with ball in hand.”

Although 12s may appeal to many players for its short, sharp format and the potential of teaming up with other great players, the cash injection will doubtless motivate too.

Burger said this financial stimulus will be a good thing for international rugby, particularly if there is collaboration with World Rugby.

“Similar to the IPL structure, there will be a kickback for players, the franchises, the unions. Of course this is an unbelievable opportunity. The IPL obviously changed the lives of many a cricketer. You can think of Chris Morris, David Miller . . .”

He also believes that World 12s could convince players in South Africa and perhaps New Zealand to largely stay at home rather than take up long-term overseas contracts, as they do because of the financial inducement of World 12s. With12s, they could potentially stick with their local franchises, such as the Bulls or Stormers, and build a three-week World 12s window into their contract which would be financially appealing without the need for a long-term relocation.

“Everyone’s inquisitive about World 12s. Yes, there are a few stumbling blocks and we will have to sit and talk and try and get it over the line. But this is the right time for something like this to happen. We want to get it off the ground, we want to provide something new and exciting. A lot of players and spectators, younger audiences, will really take to it.”

Burger is also enthused by the women’s component, which is tentatively poised to happen in 2023.

“There will be a female competition running in conjunction with the men’s event which will take us to a new audience once again. When I was a player, a few times we got approached for something similar, a similar movement, and we all got talking, we all were thinking this would be cool. How do I get into it? It’s a new movement and everyone will be keen, including many of the best women’s players.

“Onetime I played in a World XV and we had Rod Macqueen coaching us. It’s not only the players’ perspective, it’s the coaches. You listen to Steve Hansen talking about this as the most exciting thing to happen to rugby and Jake White too. It’s about spending time with high quality people.

“To make any rugby game exciting, you need a few things: firstly, the best coaches and support staff, plus the best players, the best referees and also the best climate. If you can facilitate those things, the product is normally fantastic.

“We’ve got a place in London for the foreseeable future, but we want to become a travelling circus of sorts, spread the game out, get it to new countries. For the moment we’ll be in London next August, September, which is ideal, a brilliant place to start.”

Acknowledging the challenges for a new event like World 12s, Burger is encouraged by the work that has already been done in trying to work it into the schedule and to manage the demands of player welfare. Doors have been knocked on, experts have been consulted.

“We don’t have a global season, so we must try and create a schedule that will work for everyone.  On top of that, we’ve got to look after the players. Hence, this is going to be a shorter format and it won’t be a massive six-week or eight-week event. Plus there will be the monetary appeal.

“It’s the right time because things have changed. Covid may well have been the catalyst because, in South Africa at least, we have had a lack of crowds. Everyone was missing rugby. But when rugby returned to South Africa, it was quite boring. I think it’s time that we get something like this over the line.”

The shape and composition of the franchises are important too, Burger remarking that connecting with fans will be an important step for World 12s.

“Everyone wants to be a part of it, and your fanbase will be critical. How do you create that identity within the team? The IPL in the beginning was just pretty much city-based. Later on, it became individuals being followed within that team. Then it became provinces. We need to create those identities. If you think about the Royal Challengers Bangalore, you immediately think of AB de Villiers and Virat Kholi. That will come in time for us, which is pretty exciting.”